You know the expression, right? “If life hands you lemons, make lemonade.”

Being a word nerd, certain things have tended to bug me, like the restaurant that was named Happy Landing’s. I wanted SO very much to go inside and ask for the owner, who was obviously named Happy Landing. I mean, seriously, when you pay good money for a sign or company name…

And then there are the memes and things that float around Facebook. I’d get soooooo frustrated when I’d find a really cool one only to discover that it contained a glaring error. I’d want to share these things, because they were really good, but they were ruined.

And then I stumbled across the delightful Instagram account @pleasehatethesethings. After an insane amount of time spent chortling with outraged glee over their offerings, I realized that I could do something to turn my frustrations around.

Instantly, @ruinedagoodone was born, and just today I realized what it has done. This account that is specifically set aside for the many word failures that fill this world has made me able to… Well, I still cringe when I see such things, but then I start laughing instead of being outraged, and I either snap a picture or hit “save image” before heading to my Instagram account at the earliest opportunity.

And, as they say, I said all that to say this. Our pet peeves, the things that really irk us? I’ve discovered that, in some cases at least, it really is possible to turn them around – to make lemonade out of those lemons. Since I love lemonade, this is a double win for me.

One song in Kanye West’s new album raises a question: Is “damn” no longer a curse word? Has it ceased being considered profanity?

I was shocked to learn that many younger people, including one particular friend whom I truly respect, do not consider damn to be a curse word. I was shocked and appalled, but then I remembered…

As a word nerd, I was flabbergasted when I realized that, according to the dictionary, the word “literally” can now be used figuratively. Today, you can say, “I was literally dying laughing,” and be speaking correctly.

But it gets worse. One of my pet peeves, for years, has been Christians using the words “incredible” and “unbelievable” in reference to God and His acts. I mean, come on, do you really want to say that what God has done can’t be believed when your point as a Christian is to help others believe?!

But, according to my recent venture into one of the newer dictionaries, this usage is now perfectly acceptable.

For others, of course. I can’t do it.

And finally, I remembered a point at which an older friend proofed a book I was writing. I had used the word… hm… maybe it was “geez.” I honestly don’t remember what it was, but he took time to gently explain to me that people from his generation saw it as a euphemism for an unacceptable word. I didn’t know it had been used that way, had that connotation, but because I respect his generation I took it out.

Which brings me back to the original question. Has the word “damn” been overused to such an extent that it, literally, is no longer only a curse word, no longer considered profane?

For me, never, but I’m forced to admit that language changes as time passes and, though it’s hard for me to accept, it may very well be so. 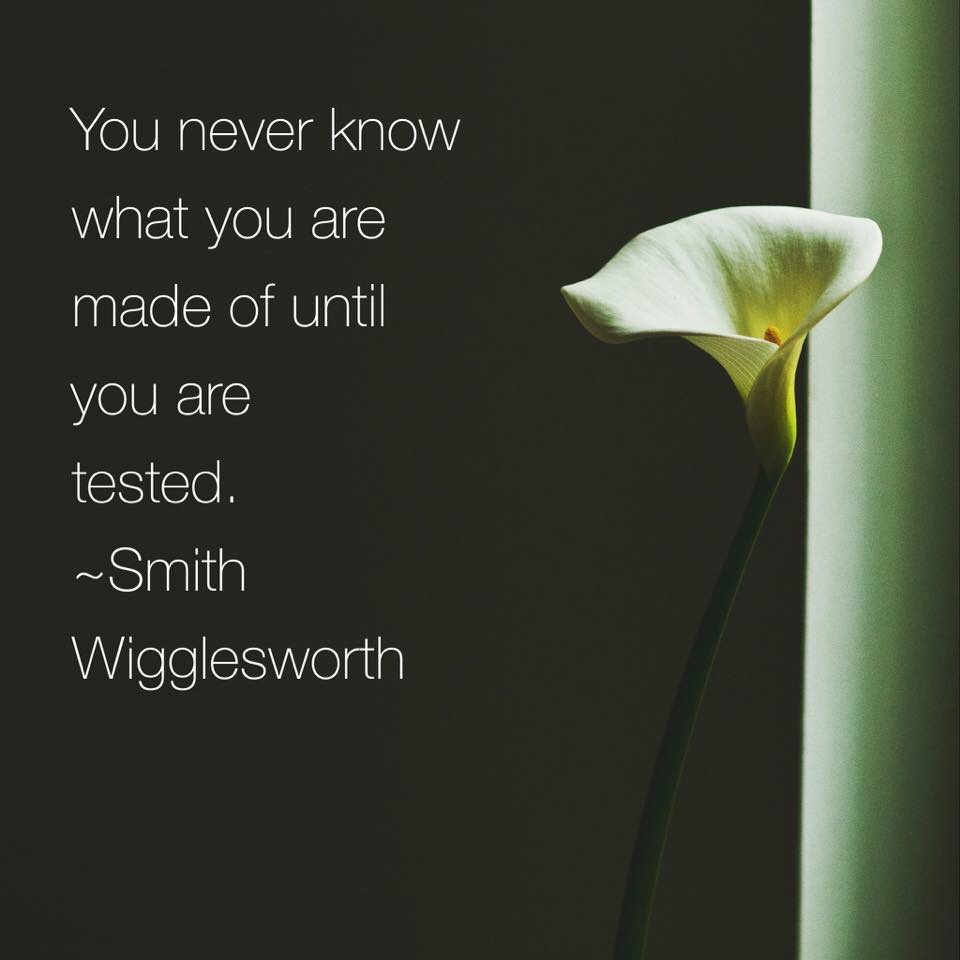 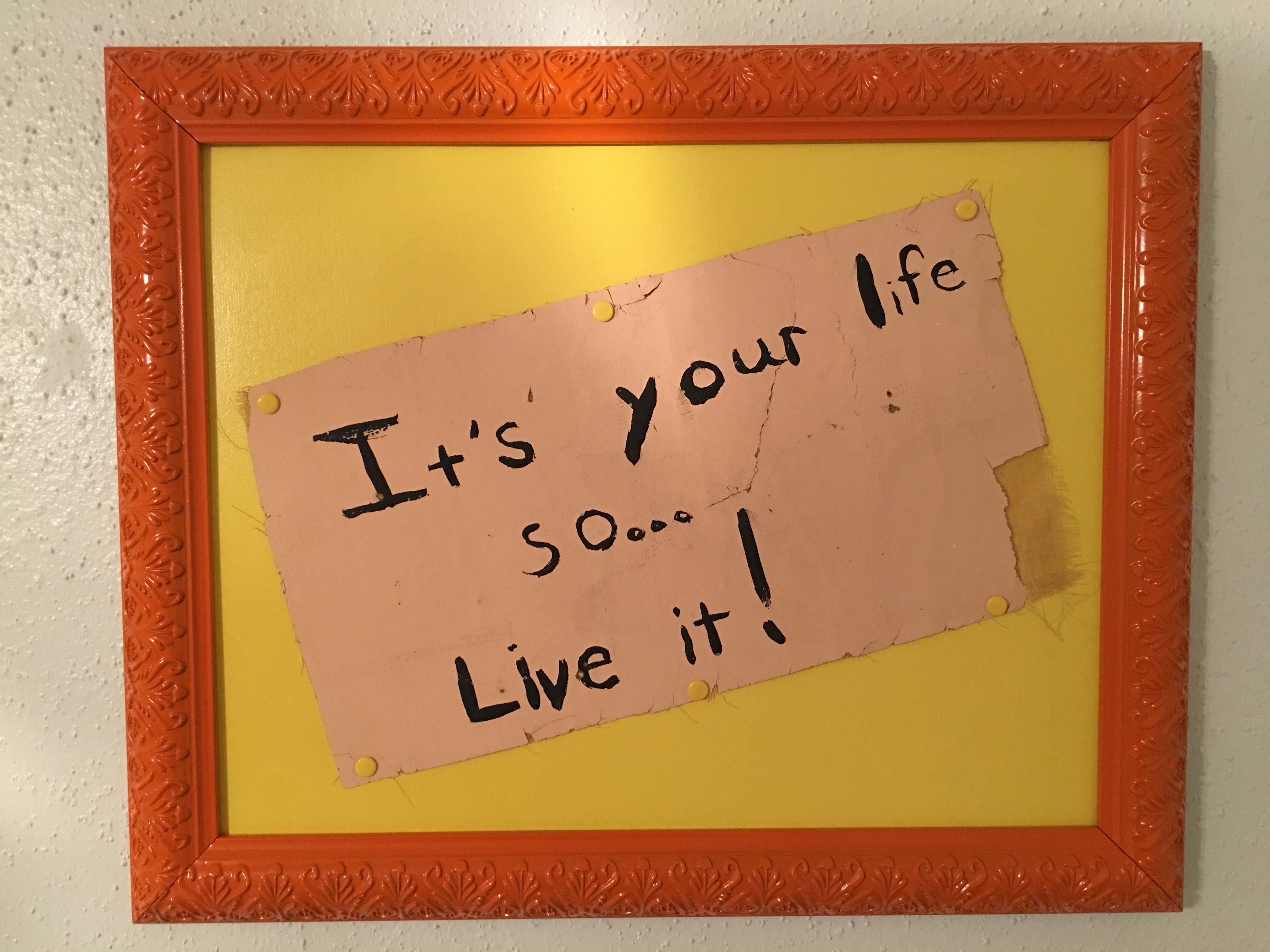 In the early 70s we moved into a “new” home, and my bedroom had hideous, antique wallpaper that I unsuccessfully tried to paint. Knowing we would be putting paneling over it, my mother gave me permission to “play,” so I pulled out yet more paint…of course.

Leap forward several decades and you find my sister unearthing the evidence during renovations. She saved this piece for me and, given its history, I decided it was frame worthy and hung it by my bed; it’s one of the first things I see in the morning.

I truly put it on the wall as a lark, but I find myself looking at it every day and smiling for various reasons. This morning, the smile came with the realization that my 12-year-old self was giving my 57-year-old self a great piece of advice: LIVE.

Don’t just exist. Don’t let the days merely drift by. LIVE THEM. It’s YOUR life, given to you by God. Make the most of it.

What comes from the heart, goes to the heart.

Our most important legacy, the one that will carry our little lights onward toward the stars, will be the contribution we make to the lives of other human beings.

Blessed is the man who keeps in touch with his child’s heart.

It is only with the heart that one can see rightly; what is essential is invisible to the eye.

Do all the good you can, by all the means you can, in all the ways you can…as long as ever you can.

Afoot and lighthearted I take to the open road, healthy, free, the world before me, the long brown path before me leading wherever I choose.

Writing is in my blood; I've been doing it since the day after I learned to read. Through the years, I've written countless articles, multiple books, and more blog entries than even I can remember on topics ranging from...well, "this" to "that." A few years ago, I hit a season in life when I needed to walk away from public forums and I let everything go - my position at the Eclectic Homeschool Online, my books, my workshops, my website... But it's a new season and, as Samwise Gamgee said, "Well, I'm back."