As you reach the end of a flight and head to the terminal, you see people gathering their belongings and preparing to disembark. Ensuring they leave nothing behind is part of their flight plan; it enables them to start the next part of their journey with one less concern.

December is the end of our flight. We’re on the tarmac, heading for the gate. Now is the time to look back, to assess where we are relative to where we were in January.

Did we throw out the habits that were holding us back? Did we develop new habits that have made us stronger? Did we gain the courage to end destructive relationships, or to take the risk and enter into new ones God led us to?

In January we will look to the future, setting goals and making plans. We will be better prepared to do this if we first set aside even a little time in December to discover where we really are.

“The End came too soon.”
“There had better be a sequel!”

These were my first two thoughts as I finished the last page of Spirit Sword. My third thought was that people had better buy and read this book so the author will hurry up and start the next in the series if he hasn’t already.

Take one unlikely hero, a child, and rip his life away from him. Then introduce him to a sentient sword who knows the true history of the world (and a whole lot more), and off you go on a grand adventure.

Spirit Sword is the type of book that more than entertains you. It engages you. You become part of the adventure.

I would say that this is an admirable first offering for an aspiring author, but it doesn’t read like a first book at all. The well-developed characters fit into their excellently-crafted storyline perfectly. It’s intended for a young adult, male audience, but this almost-60-year old female couldn’t put it down.

Spirit Sword, you had me at, “Hello.” 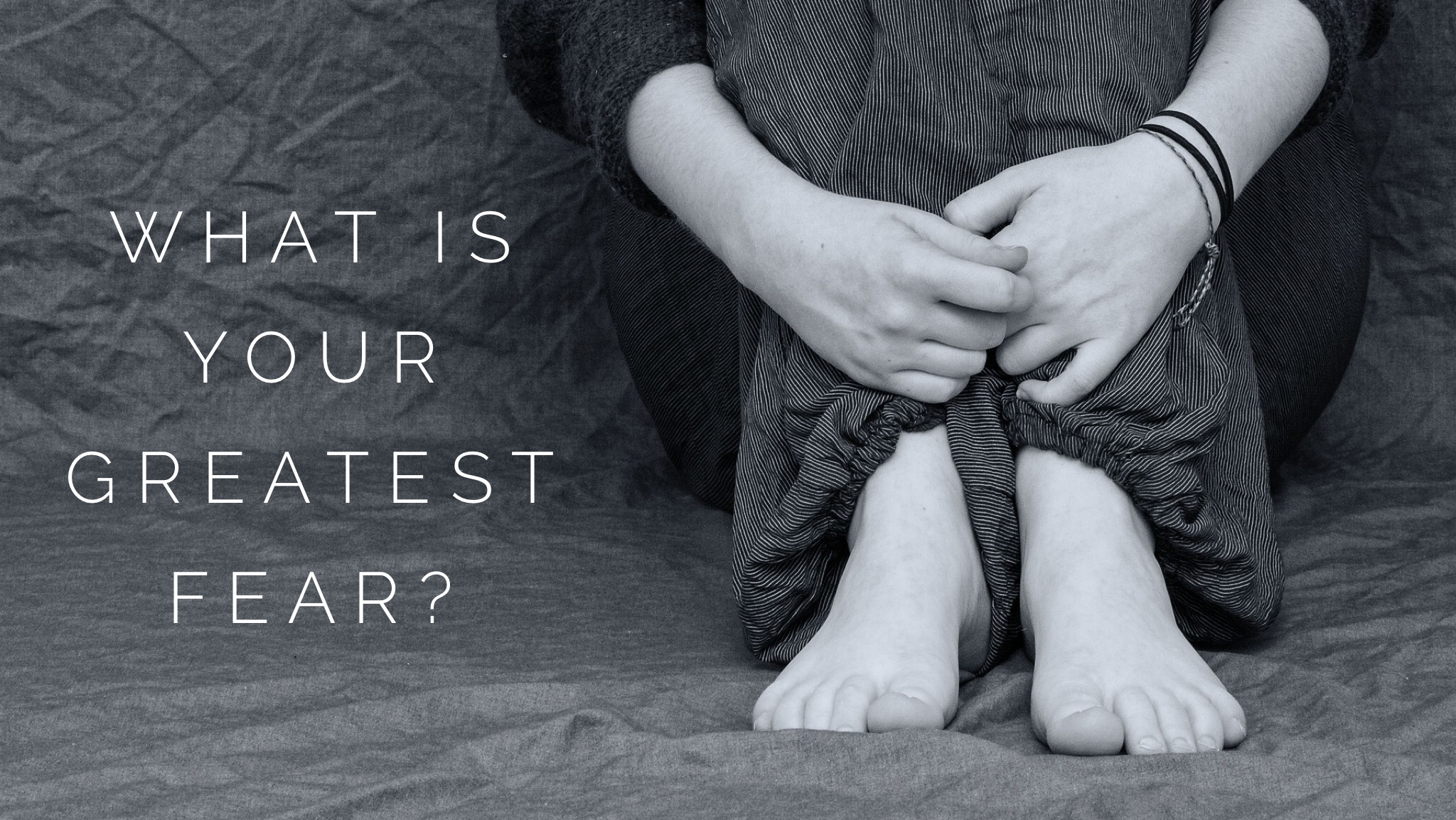 It’s strange…the places you can stumble across revelation. I was registering on a website when the security question asked me, “What is your greatest fear?” Without hesitation, I typed my answer.

Then I sat staring at it, wondering where THAT had come from. It wasn’t long before I admitted to myself, for perhaps the first time, that this has been the truest answer to that question from the time I was a small child. While others went out and did things that looked fun, I sat on the sidelines.

I never tried because I was afraid to fail.

As an adult, I’ve learned better. I understand that failure is part of the learning process. At least…I understand it on a superficial level. My instant answer to the question, though, shows that I still have some very real issues.

So it’s time to self-assess. I’ve conquered this fear in so many areas, but I’ve got to move forward and eliminate it in more. I mean, really, at this point in my life how bad can failure be?

I’ve already raised my kids; any failures I had there are over and the damage done. That’s one of the biggest potential problem areas I can think of in this life. Well, other than failing where your relationship with God is concerned, and I work in building that all the time.

It’s time to kick my fear to the curb, to realize that it’s STUPID. Yes, I said stupid. Me failing at something might lead to my embarrassment, but it won’t result in WW3. Besides, how many times did Jesus issue the encouragement, “Fear not!”?

What is your biggest fear?

And what are you going to do about it? 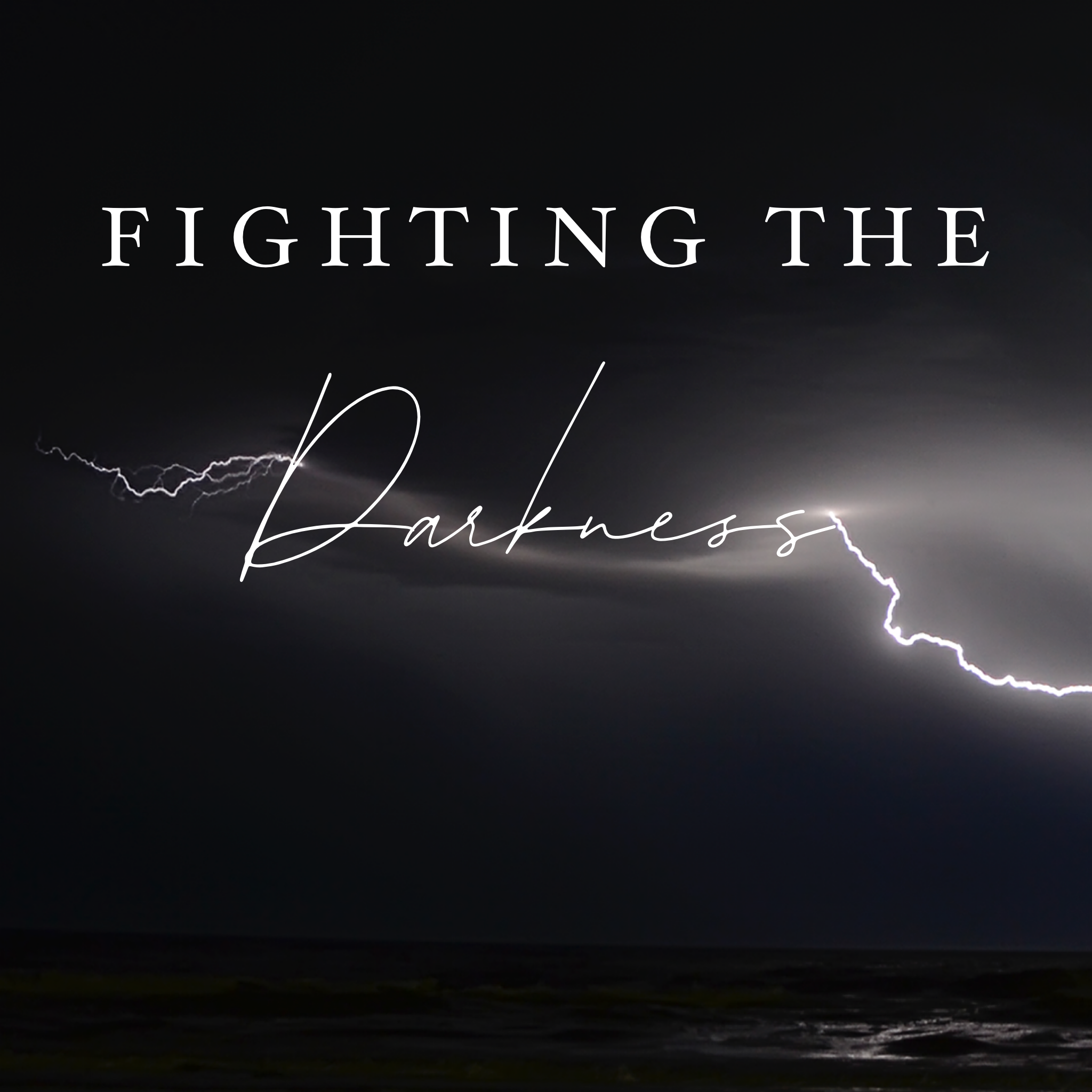 As a church employee and, I believe, trusted friend, I often have people tell me about their struggles, their pain, their darkness. As I looked around the church this morning, I realized once again that most of us think we’re the only ones fighting the darkness. “Yes,” we think, “other people may have their challenges, but their challenges aren’t as bad, as agonizing, as life-altering as mine.”

This is an important fact to remember. Unless my neighbor has told me about her struggles, I have no idea what’s hiding behind her smile. Is she wondering if she dares trust that her husband will never have another affair? Is her mother dying of cancer, leaving her feeling like an abandoned child? Did she just lose her job right after buying a new car?

I won’t judge her when she upsets me, because I DON’T know.

I won’t assume that her life is hunky dorey and no one is living through a hell as bad as mine, because lots of people ARE.

AND I WON’T GIVE UP HOPE.

As I looked around the sanctuary this morning, I saw many people who are even now fighting the darkness, but I also saw a room full of conquerors who have battled time and time again and, with God’s help, WON. 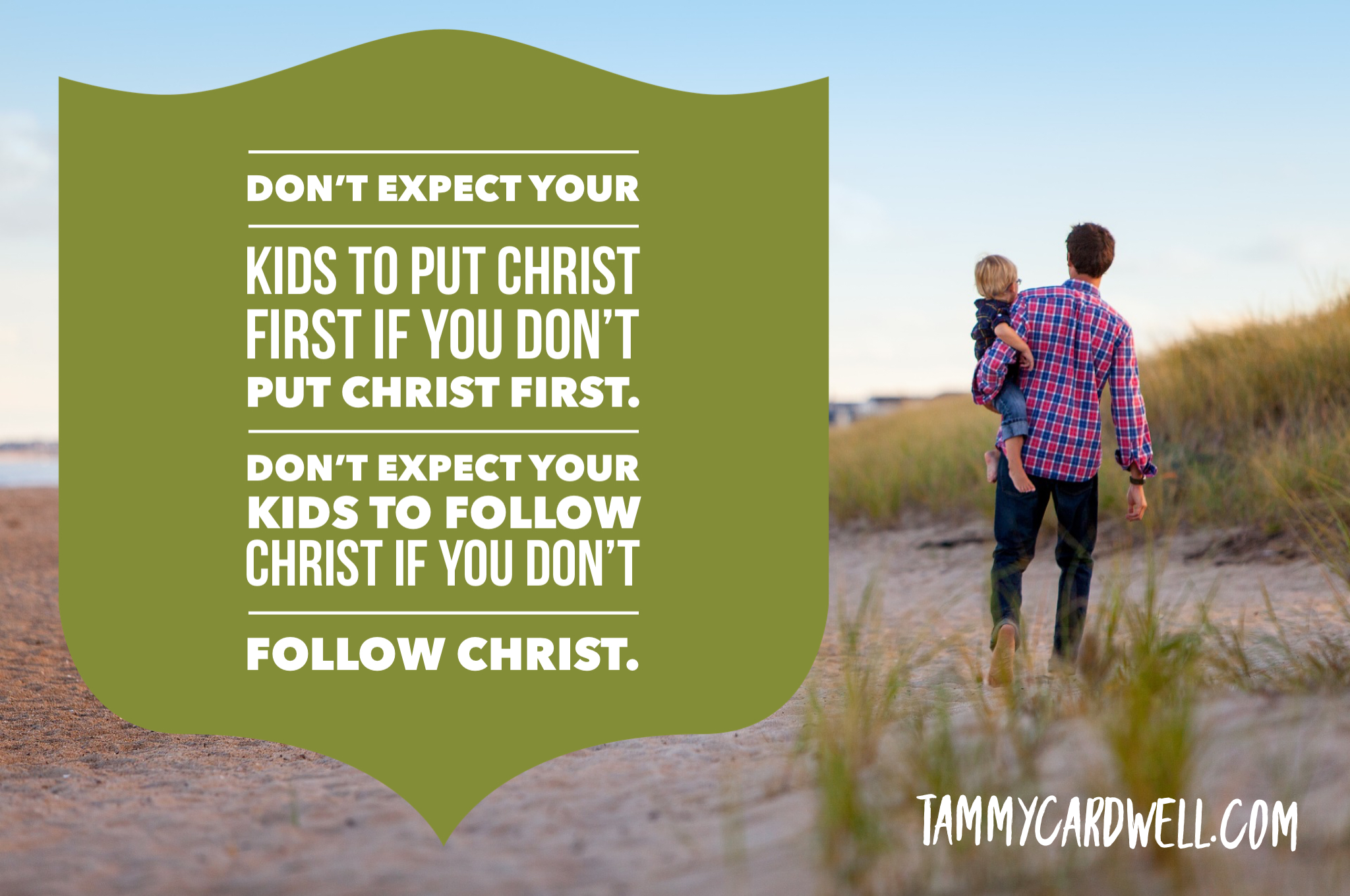 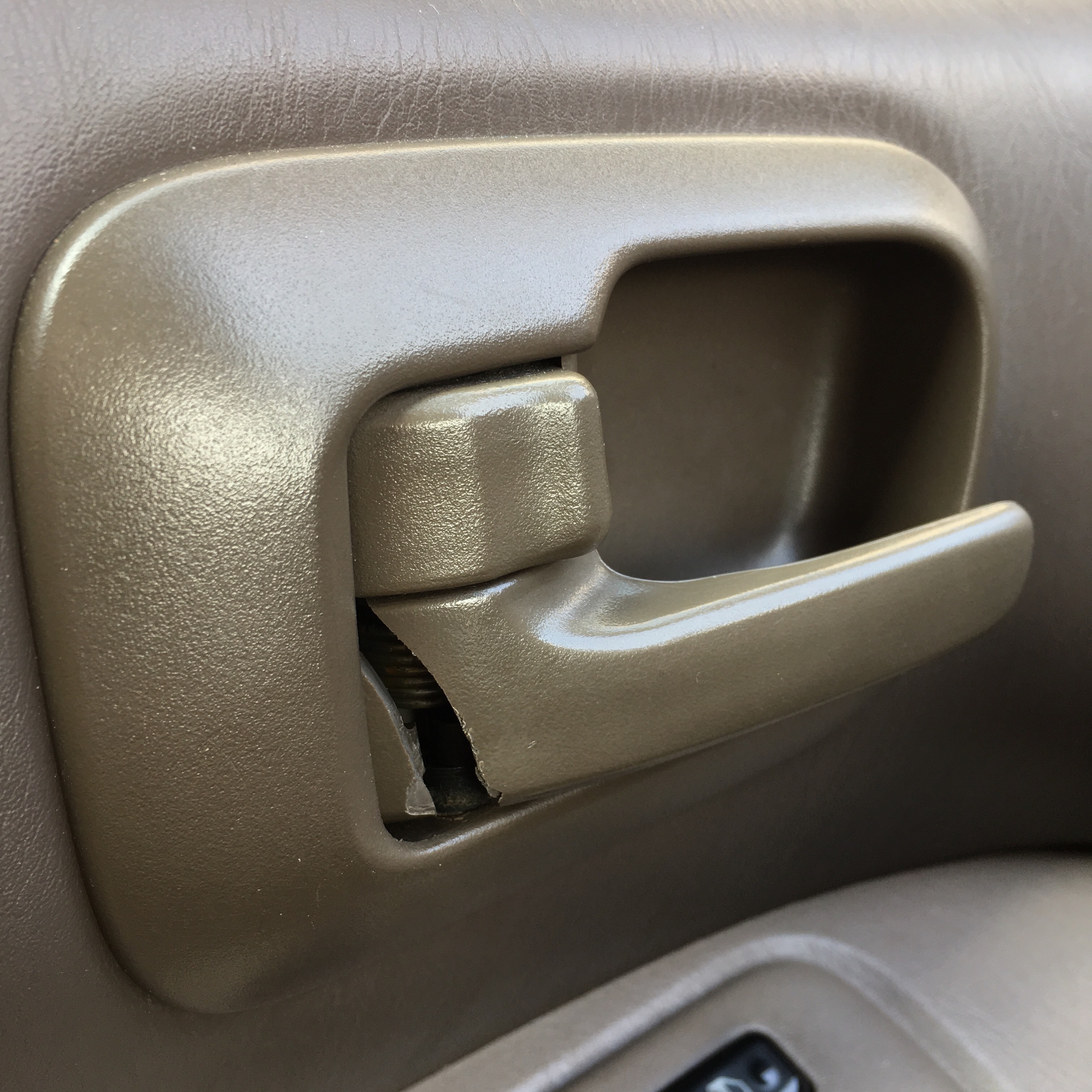 You reach for the door handle and it breaks. In that first instant you may think you’re stuck in your car with no way out. Of course, you realize quickly that you can roll down the window and open the door from the outside, or even slide over and exit on the passenger side. Either way, you do have an escape route.

When this happened today, it started me thinking or, rather, remembering. Waaaaay back in the olden days, before cordless phones and caller ID, when the phone rang so seldom that you always went running to catch it, my boyfriend and I were alone in the house and got a little carried away.

But EVERY time we went too far in the wrong direction, the phone rang, and EVERY time it rang the person on the other end hung up as soon as I answered. After the fourth or fifth time, we realized we were in danger of being late somewhere and I had the sense to insist on us rushing to get ready to leave.

It was some time after this that I discovered 1 Corinthians 10:13.

“No temptation has overtaken you except such as is common to man; but God is faithful, who will not allow you to be tempted beyond what you are able, but with the temptation will also make the way of escape, that you may be able to bear it.” (NKJV)

What happened that day was clearly God making a way of escape for me, and it is a lesson I have never forgotten. If I give in to temptation, it’s because I ignore the escape routes He has opened for me. 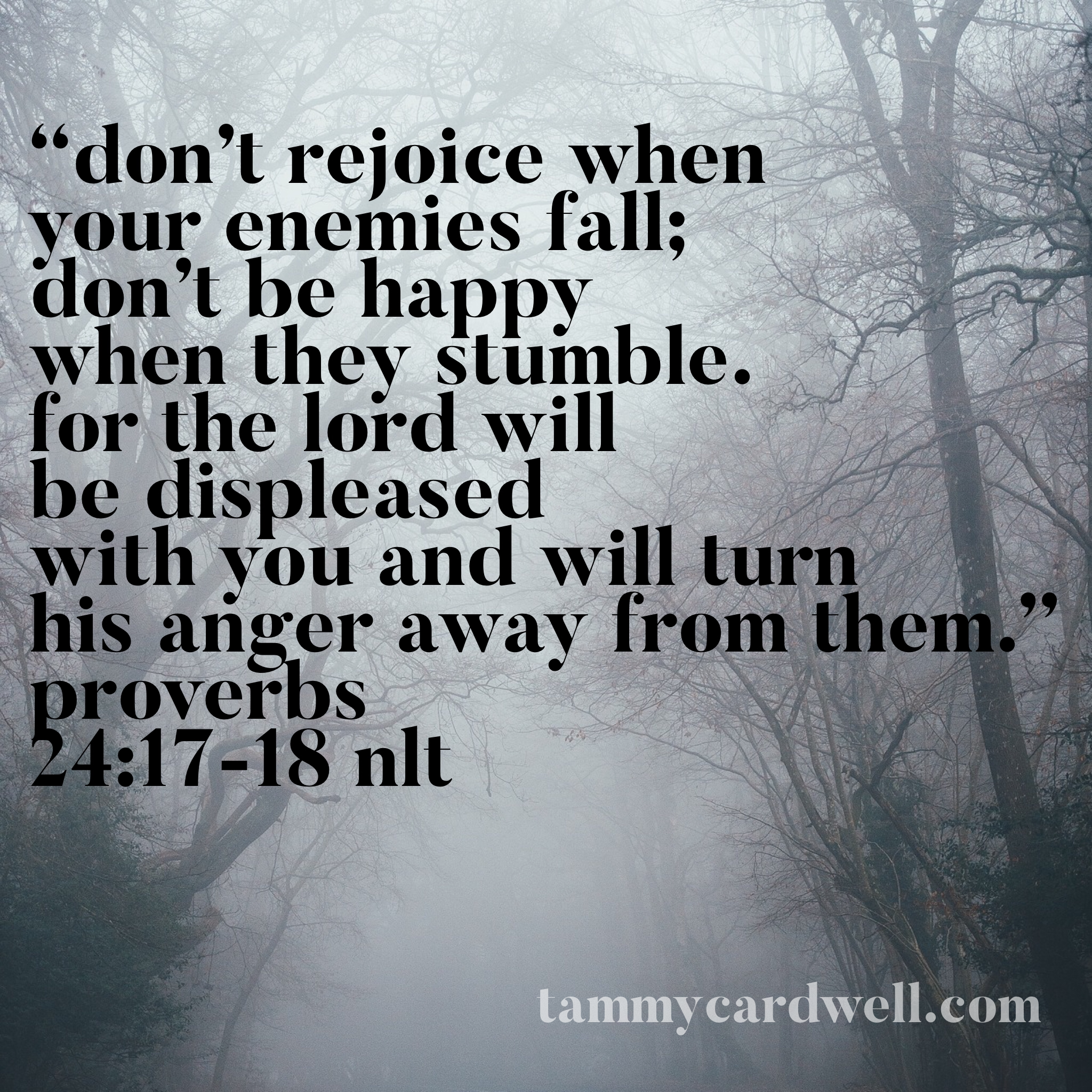 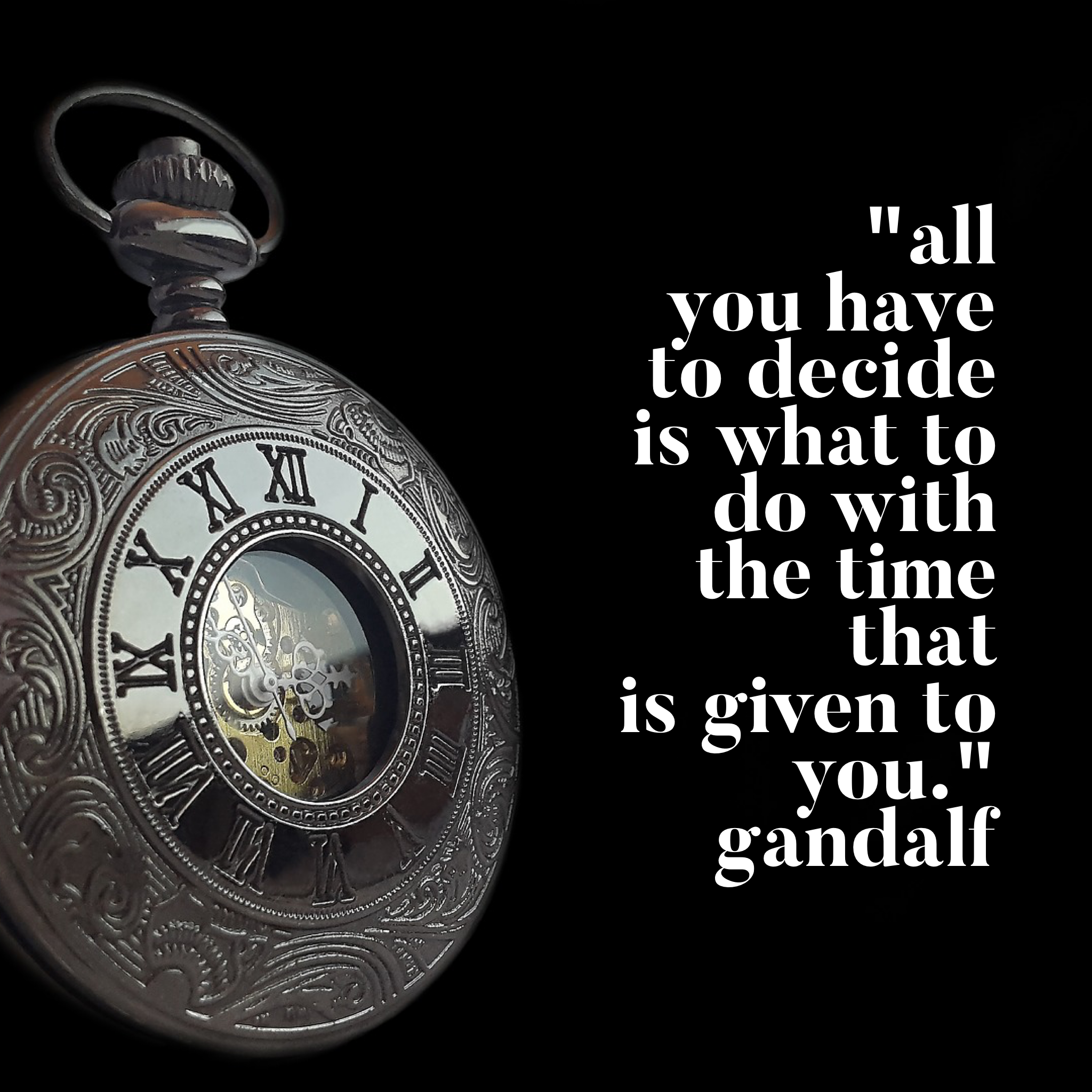 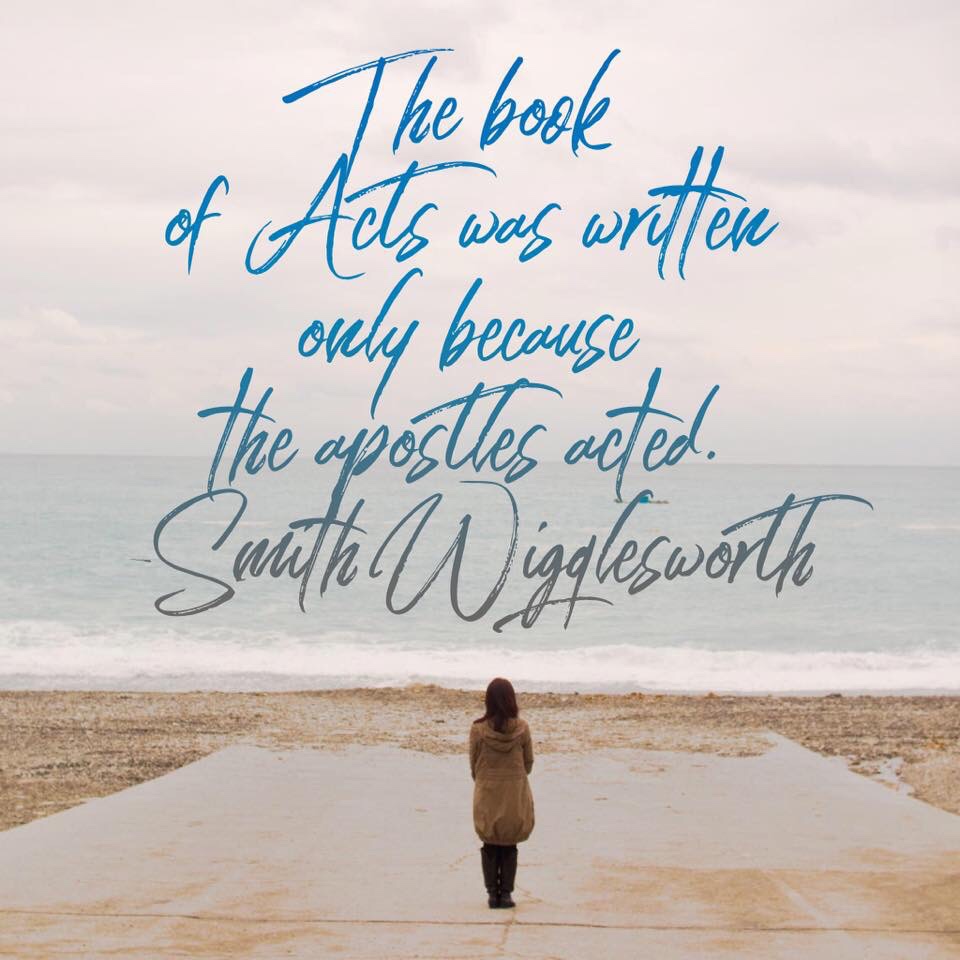 If you’ve never hung clean laundry out to air dry in the sun, you’ve missed a unique satisfaction. As a kid, few things were as pleasant as the smell of clothing and sheets that had just come down from the line. Everything was crisp and obviously clean and fresh. I loved it.

With this in mind, I can’t currently think of anything less satisfying that air drying, or airing, dirty laundry. First, I’d never want the neighbors to see me doing anything so foolish. Second, WHY?! Pulling it off that line would give something far from the satisfaction I got from pulling clean laundry, and even as I took it down I would know my work had just doubled or worse: Dirty laundry that has been aired is even harder to get clean because all the dirt, soil, and stains are baked in.

The same holds true on social media. It seems to me that airing our dirty laundry has become the order of the day, and I find it appalling on many levels. It flat out makes the person doing the talking look foolish and wrong, especially if later on it turns out the facts weren’t quite as they thought. Even worse, though, it can completely destroy relationships that could have been saved if the parties had come together instead of one or both airing their problems in public. And for the Christian? Frankly, it’s dangerous.

God’s Word presents the concepts of love and forgiveness repeatedly, and love in particular is something I think we truly don’t understand. One line that took me years to comprehend is, “Love will cover a multitude of sins.” (1 Peter 4:8)

The full verse is this: “And above all things, have fervent love for one another, for ‘love will cover a multitude of sins.’”

Who is He talking to here?

What is He saying?

Our brothers and sisters in Christ WILL sin. They WILL do us wrong. They WILL make mistakes. They ARE NOT PERFECT no matter how much anyone thinks they should be. (The absurd belief that Christians should be perfect is fodder for another post!)

What else is He saying?

Example: When, as a young wife, I felt my husband had done me wrong, I did NOT go running to my mother to tell her all about it. I chose not to because I knew he loved me and I didn’t want to say something to her that would ruin his reputation where she was concerned. Instead, I took our issues to God and we dealt with things privately.

God IS love, and He expects us to work on becoming more like Him all the time. He doesn’t just ask us to love one another; He commands it. As Christians, when we’ve got a load of dirty laundry, we are responsible for making the right decision on how to handle it. Tossing it out to bake in the light of public opinion pretty much guarantees it will never be cleaned and the damage will become permanent. It is the exact opposite of what Scripture commands, and it makes us look bad as individuals and reflects poorly on the community we live in, the church.

Let’s trying cleaning it instead.

Writing is in my blood; I've been doing it since the day after I learned to read. Through the years, I've written countless articles, multiple books, and more blog entries than even I can remember on topics ranging from...well, "this" to "that." A few years ago, I hit a season in life when I needed to walk away from public forums and I let everything go - my position at the Eclectic Homeschool Online, my books, my workshops, my website... But it's a new season and, as Samwise Gamgee said, "Well, I'm back."

Eternally Planted
Create a free website or blog at WordPress.com.